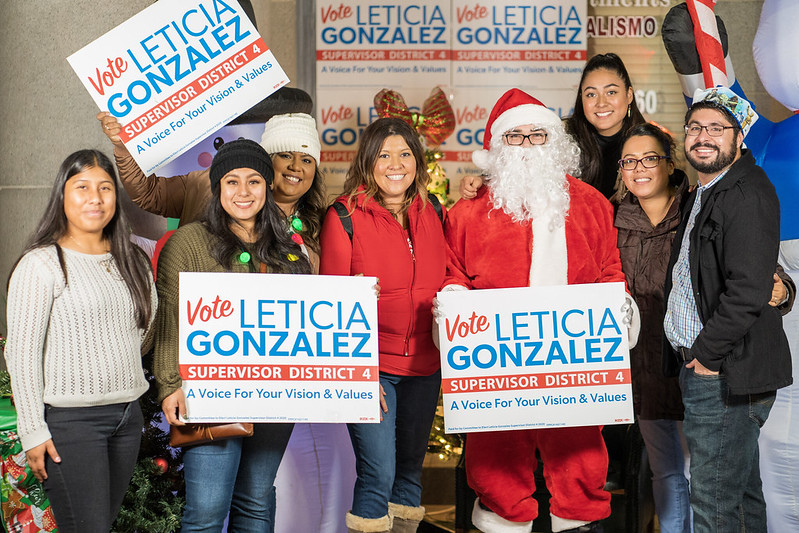 News Rodriguez will not seek re-election

After almost 15 years in office, Max Rodriguez will not seek re-election to the Madera County Board of Supervisors. Citing a desire to spend more time with his family, Rodriguez said it was time to retire and allow for the next generation of leaders to emerge.

Rodriguez represents Madera’s 4th supervisorial district, which primarily encompasses the east side of the city of Madera, including downtown and the unincorporated communities of Parkwood and Parksdale.

“Serving the people of District 4 has been one of the greatest honors of my career,” Rodriguez said. “I am truly blessed by the wonderful memories and opportunities the county has afforded me.”

Rodriguez announced he will throw his support behind Leticia Gonzalez, his chief of staff, who plans to announce her candidacy in the coming days.

“Letty is engrained in the district, understands our challenges and foresees our opportunities” Rodriguez said. “She will fight for Madera’s east side and be a strong, effective voice for the people.”

Rodriguez has supported a significant number of projects surrounding local schools, including several school bond measures which produced half a dozen new schools for Madera Unified School District. He participated in the site selection committees for the majority of them.

One project Rodriguez is particularly proud of is the John Wells Youth Center. Before construction, the area was filled with drugs, gangs, and illegal activity. With the proactive approach of Rodriguez and a coalition of community members, the area now is home to a state-of-the-art building which is thriving and providing a safe and supportive place for our youth.

During his tenure, there has been a substantial increase in law enforcement personnel and policy changes that have allowed for efficiencies within the departments. Rodriguez has supported recruiting home-grown talent through local high schools, volunteer organizations, and public events. He was influential in seeing the City of Madera Police Department overtake enforcement in the Parkwood area as part of the city and county tax-sharing agreement.

As a union man himself, Rodriguez has advocated for higher wages and benefits for the working class. He has been a champion of the controversial California High Speed Rail project, fearlessly promoting Madera County as the rightful beneficiary of the planned heavy maintenance facility. With the tagline, “cheaper, faster, smarter,” Rodriguez has led the Wye Madera County task force bringing together businesses, community members, and elected officials to promote Madera County as an HSR location for efficiency.

While Rodriguez plans to retire, he said he remains unequivocally committed to seeing the Parkwood water improvement project completed, the adoption of the Madera County Sustainable Groundwater Management Plan, and seeing the Homeless and Veterans housing project in downtown Madera come to fruition.

MADERA - District 4 chief of staff, Leticia Gonzalez, has announced her candidacy for the Madera County Board of Supervisor district 4 seat. Leticia, who has served as Supervisor Max Roadriguez’ staffer for 12 years is a local community leader with deep ties to the district. A lifelong Madera County resident, Leticia credits her parents for instilling the values of hard work, integrity, and compassion in her and intends to make those qualities the centerpiece of her campaign.

“Lety knows first-hand the struggles the people of district 4 face every day,” explained Rodriguez. “Good paying jobs, safe and affordable drinking water and affordable housing remain major issues and no one understands this more than Lety.”

“We have issues in district 4 that require focused leadership, hard work and someone who is committed to getting the job done,” Gonzalez stated. “Now is not the time for on the job training. I am the only candidate running with the experience and proven work ethic to meet the challenges in this district.”

Gonzalez’ campaign will focus on being the voice for the vision and values of every resident in the 4th district. Parkwood, Parksdale and the east-side of the city of Madera including downtown, continue to struggle with homelessness, unaffordable drinking water and lack of good paying jobs. Leticia's knowledge, experience, and ability to relate to others make her uniquely qualified and a favorite for the vacancy created by Rodriguez’ retirement.

“I’m not a career politician, I have never before sought elected office, here or anywhere else,” Gonzalez explained. “However, I cannot simply sit and watch my neighbors, friends and family continue to struggle without doing something. District 4 deserves a candidate who is committed to the district and that is why I am running.”